This folktale tells of an old woman looking for her grandson, whom the king bird turned into an oriole bird as a punishment for killing too many other birds. When she finally finds her grandson, the old woman has to use several tricks to break the spell and make him human again.

Note: Another version of this tale was published in Nikolaeva et al. (2002, text 10) 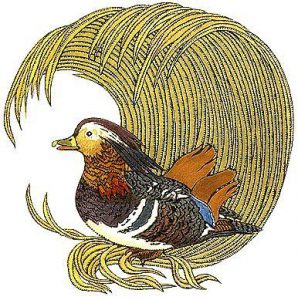